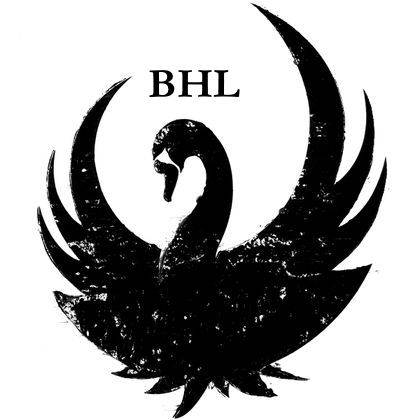 In a development that no one was expecting and that will go down in Borschland Hockey League history as something that maybe will never happen again, the league will crown 3 co-champions in the year 336.

After Rjaward’s stunning 1-0 loss to Bjaward in Bjaward, Tarlunz’s 3-2 frustrating failure against Te Staff on the Steel Men’s own ice, and Meechen’s predictable 4-0 rout of Meenesanne, all finish the year with 58 points and a share of the Saints of Borschland Championship Platter.

Although Rjaward technically is the top dog of the trio with the best goal differential, league tradition states that all three will have their names engraved in the “Saints’ Tray,” as the award is nicknamed.

“It’s fitting,” said Rjaward coach Norbert Grimm. “We had the chance to win the silverware outright, but at the end of the day the boys didn’t quite do enough to get it all on their own. But I’m proud of them. I’m very proud of the good things they did this year.”

Tarlunz coach Ampte Geert was frustrated Tarlunz couldn’t overcome the “Stafflischeflok,” or the Curse of Te Staff. For 28 straight years they’ve ended the season against the Citymen and in that time they are 5-21-2. By contrast, they’ve also started the season for the same number of years and are 11-14-3.

“It’s bittersweet,” Geert said as Lisandran brandy bottles were being uncorked all around him and teammates poured beer over each other’s heads as the locker-room radio was broadcasting the stunning news that Rjaward had also lost and the championship would be shared. “This is part of history, of course. Hats off to the other boys. They deserve it just as we do.”

Meechen coach Theedy Klaningen stared at the celebration in his locker room in disbelief. His team went 6-0-2 to finish the season after a disastrous 4-game losing streak almost put their hopes six feet under. “Unglaaberlickt,” he kept saying. “Unbelievable. This is what you hope for. This is what you work for all season.”

The return of goaltender Welneth Ungarth to full strength after his injury in the Nations’ Cup was a key to Meechen’s resurgence. In those eight games, he gave up a total of 9 goals and had 3 shutouts. He will no doubt be the consensus Nurnar Trophy winner, despite playing only 21 games in the season. However, in the games that he did play, Meechen went 16-1-4.

The Willem Schmoutuj Trophy for most valuable player is still up in the air, but it seems a lock for Jens Klijnehoop, who finished the year with a treasure trove of 27 goals and 37 points. Tarlunz’s Habel Baarda had 23 and 36, while Rjaward’s Willem “Noodle” van ter Uudl got the assist record with 26 and 35 points.

Klaes Dievenhoven of Holtzlund was the highest scoring defenseman with 9 goals and 30 points.