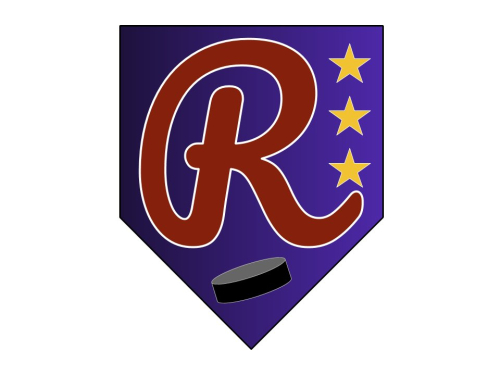 The rest of the Week 29 scores will be published today, but here is an excerpt from an extra edition of te Borscher Sportteelegram on the big Rjaward-Tarlunz Week 29 game.

3 Tarlunz v. Rjaward 4: Jubilation broke out in the city on the plains as Willem “Noodle” van ter Uudl did a magic trick to come up with Rjaward’s fourth goal and put the Cattle Drivers two wins away from winning outright their fourth league championship in the team’s 85-year history.

Van ter Uudl is better known for passing than shooting, as shown by his league-leading 26 assists. But at 3:01 left in the third period with the score tied at 3, he won the puck behind Tarlunz goalie August Hoock’s cage, made some room for himself, and emerged to the netminder’s right. The vast majority of the 8,992 stuffed into Te Roodkoningrijk (The Red Kingdom), Tarlunz’s home rink, had to be expecting him to pass to his linemate Jens Klijnehoop, who swooping in to goal between the circles.

The Steel Men defense must have thought the same. "I probably turned my back," Tarlunz defenseman Wils Oosterijk conceded after the game.

But van ter Uudl did a noodle, feinting to Klijnehoop, then spinning and sending a backhand wrister over Hoock’s blocker. “Jens is the best decoy in the league,” van ter Uudl explained afterwards. “No one wants him to score the winning goal. So it was a simple decision for me. I knew that spot [where I shot] would be open.”

Tarlunz Coach Ampte Geert was unavailable for comment for twenty minutes after the game; team officials barred reporters from entering the locker room as Geert met privately with the team. No raised voices were heard from behind the door.

When Geert did meet with the media, he was calm. “We know what we have to do,” he said, “and we have to hope for Bjaward or Wrischer or both to have some pride.”

When asked why Tarlunz did not win this crucial game on their home ice, Geert said, “We just didn’t get it done. Plain and simple. Hats off to them and to their wing (van ter Uudl). It was a tough game between two very good teams and sometimes that happens. I’m disappointed for our fans, but it’s not over yet.”

Reminded that twice now against Rjaward the Tarlunz defense has broken down at a crucial moment in the third period, Geert gave the reporter a hard stare before asking for the next question.

The goal was only van ter Uudl’s 7th of the season, and it gives them control of their own destiny. It means that if Rjaward win both of their remaining games (a makeup versus Wrischer and the season-ending grudge match at home versus Bjaward), they will take home the Saints of Borschland championship platter. They can only lose the championship outright in two scenarios: if they lose both their final games and Tarlunz (who also have a makeup game) wins at least one and ties one; or if they tie both their final games and Tarlunz wins both.

Rjaward coach Norbert Grimm said, "The only one who can turn off the steam valve is us. We're going to keep stoking the boiler and it's full speed ahead."

3rd place Meechen now can only hope for Tarlunz and Rjaward to stumble twice. They will then share the championship with Rjaward.