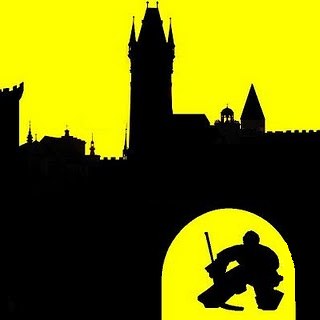 Updated standings------> sidebar to the right

Leg 2 of the Round of 16 of the Flowering Branch Cup will be posted soon! Upsets, anyone?

Week 17 highlights: is Te Staff back? Citymen pull to .500 as they pummel Rams of Meenesanne!

6 Te Staff v. Meenesanne 1: Christoff Anselm has given Te Staff a real spark as it has come out of the gate in high gear in the second half. Anselm again was on the ice for only 13:33, but he assisted on two goals, one by Conraad Gleeph and another by defender Dirk te Beek, a nifty pass from behind the cage to the top of the circle. Sherm Reinhardt had two goals and goaltender Korka stopped 22 of 23 shots.

4 Meechen v. Rjaward 4: "Only in Borschland could Te Staff be the lead story in all the papers when the actual top two teams face off against each other," Proud Lions coach Theedy Klanginen said a day after Meechen's by-a-nose draw with the Lassomen. It was all Meechen could do to keep the Cattle Drivers to the 4 goals that they scored as goaltender Welneth Ungarth gave up his highest one-game total of the year. Rjaward has now scored 65 goals in its 17 games, almost 4 goals per game. First-star honors went to third-line center for Rjaward Christian Zeeberg, who got his fifth and sixth goals of the year.

5 Holtzlund v. Atterische 4: Holtzlund’s offense came alive just at the right time, as goaltender Gareth Velnath continued to have trouble in the cage. Holtzlund's balanced offense saw centerman Tyger Oostende break out with 2 goals and an assist, as his linemates Dujtrick de Jong scored and Laurens Noordhall had an assist. Klaes Dievenhoven contributed his sixth goal of the year, tops among defenders in the league.

4 Tarlunz v. Sichebach 3: Sichebach showed some flair on offense, scoring 3 on only 18 shots although first-line center Marck Munchmann nursed a lower-body injury and was out with the flu. Tarlunz's Habel Baarda only had 10:59 ice time as he also was under the weather, but pairs of goals by Joost Hijs-ter Hijde and Radulf Graf paced the Steelmen over the Fox Hunters.

2 Bjaward v. Bevinlunz 1: The Bulls of Bjaward won the season series 1-0-1 but by the merest of margins, 3-2. The Merchantmen have started off the second half with another power outage, scoring just two goals in their two games, one of them fortunately a shutout. Bjaward's goaltender Breet van Hejgl had first-star honors with 29 saves and defender Joris Sudmaas was the second star, with three "true" hits causing loss of puck possession.

0 Matexipar v. Dohmatische 0: At a certain point, this game was threatening to be called off, as the fans of the Iron Sticks rained pewter, glass, and wooden brandy flasks onto the ice in protest of the officials’ tripping call against Matexipar’s defender Ruuduj Klijnsmeets. "The man tripped himself!" screamed more than one fan. It took some time before the steam-powered vacuum machines which are used for such times had cleaned up all the slivers of glass and the ice had been resurfaced with steam-powered Zimrothi machines, but in the end the fans’ high dudgeon came to nothing as Dohmatische was unable to capitalize on its 5-minute advantage (tacked on because of the unsportsmanlike conduct of the fans), giving up instead a penalty of its own on defender Parn Uptek when Sigiswald Zberg broke out short-handed and was headed to Rokus Krenkl’s goal. Zberg's ensuing penalty shot was poke-checked away by Krenkl, who made 36 saves on the evening.

3 Onatten v. Wrischer 3: Onatten came back from a 3-1 deficit in this one and looked to be the winner when they apparently scored with only 67 seconds left in the game, but the officials ruled that the goal had come off its moorings before the puck went in. Wrischer's Beenz Grechtlin had a goal and an assist for the Bargemen.

4 Sajbell v. Lojren 3: The Sea Gods are showing signs of life, even if this was just a friendly, as these teams have already played each other twice. Sajbell showed spirit in taking a 4-2 lead into the 16th minute of the third period. Franck Hoockertop got what would have been his team-leading 7th goal of the year if this had counted.