Leg 2 of the Quarterfinals of the FB Cup! Semis set! 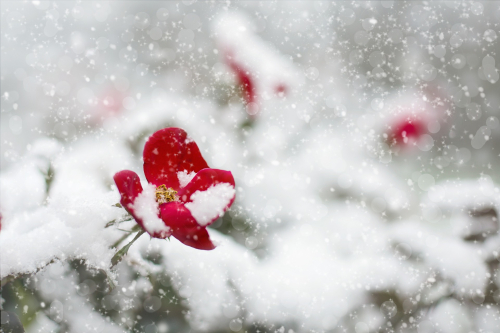 And then there were four, with one pretty, pretty big upset.

Both second-division clubs go home happy and richer, though not as happy as they would've been if they had been the winning underdogs.

No: The Steelmen of Tarlunz can only dream of a regular-season championship now.

But the Low Country region of Borschland still has both teams in it, Atterische and Dohmatische, for the first time since 317!

0 Tarlunz v. Dohmatische 2: It was a tough game. It was a tense game. It was 1-0 Dohmatische with 1:57 remaining on the clock and 8,847 Tarlunz Ponder fans rocking the rink. The aggregate score was 3-3, but Tarlunz had the edge in away goals. Dohmatische needed another goal. So they pulled Rokus Krenkl and went to work with the extra attacker. At 1:02 they broke through with their first-line center Bastiaan Orp, who shoved in a rebound off of goaltender August Hoock. Orp has been less than spectacular this year, scoring only 4 goals, but he made this one count. “Right place, right time,” he said. “Bit of luck from the Saints, I think. I’ll put a coin in the poor box this week for sure.” Tarlunz coach Ampte Geert shook his head afterwards and took the blame for the loss. “We played too conservatively and then ran out of time,” he said, citing his confidence that the first-leg win and away goals would put the team over the top. “Should’ve gone on the attack,” he concluded ruefully.

4 Rjaward v. Alma 2: The Cattle Drivers advance to the semi-finals at the expense of the Mountain Climbers, who held their own much better than in their home game. They were down only 3-2 in the second period but Rjaward shut them out for the rest of the way. The fourth goal was icing on the cake for the Lassomen, who are in line for a double this year, the Cup win and the regular season championship.  Rjaward’s coach Norbert Grimm said, “We’ll take this one game at a time. Raise a glass of brandy to Alma. They’re a good bunch of boys.” Rjaward is clearly the most complete team left in the Cup now that Tarlunz are eliminated. Holtzlund has a high-powered offense but their goaltending remains a question mark, as it was at the beginning of the year. Alma coach Pujtr Groosman said, “I’m proud of our boys and our organization and I hope this offseason we can convince the league to let us in.” In the past there have been as many as 17 teams in the BHL, including Alma and Gottwrischer when Wrischer was not in the league. Even earlier, Ellafuus and Rachens-Lassefball spent time in the top league.

3 Holtzlund v. Sajbell 2: A hard-fought game finally went the Axe Men’s way. The Timberlanders defense, led by Klaes Dievenhoven, who also had two assists, stonewalled the Sea Gods, allowing only 20 shots to reach goaltender Schmidt Max. Tyger Oostende had the game winner for Holtzlund at 11:58 remaining in the third, though if there had been a tie, they would have won by virtue of more away goals. Sajbell’s longtime coach Bram Brachtebalder, now in his 21st year, summed up the series with a long sigh. Sajbell will need more than a game grizzly named Man to save their team.

3 Atterische v. Ellafuus 0: The Coast Boys’ magic finally ran out on the ice down by the lower Borschland River. Ellafuus has a lot to be proud of getting this far, including a hefty payday of somewhere around 20,000 schillings for participating in three top-league home games during this series. That’s some excellent and much-needed cash for new players and/or renovations to their antiquated facility. Ellafuus coach Roger Ruud commended his team and implied that management was open to selling some of the standouts for a high premium: “We’ve got talent that we want to see playing in the top league.” Atterische scored 3 goals for the first time since Week 12 in the regular season and since beating Lojren 3-2 in the Round of 16. Markus Ortel got the shutout on 17 shots faced, and the goal-scorers were Rick Rijkstad, Quentin van Vleet, and defender Gunnar Haale.