Second Leg of Round One - Flowering Branch Cup 336 NR 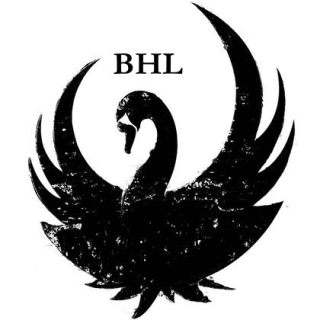 The Open Division phase has now concluded with 16 teams moving on into Round 2 for a chance to face a Second Division team in a big rink.

After the games concluded, a matchup lottery was taken and the Second Round matchups are set. Note that there is no seeding in the Flowering Branch Cup; matchups are determined randomly, so some teams will have big challenges in this round and some will anticipate moving on without much trouble.

Scroll down to see matchups!

Here are the results from Leg 2 of Round One:

6 Linblad v. Brouwergild 5: Linblad’s lads came up big in this game, scoring twice in the final eight minutes to punch the team’s ticket to the second round. This will be the fourth time in five years that the Sparrowhawks have drawn for the opportunity to face a Division 2 team, but they have never gotten past the next round.

2 Octavion (Vinasola) v. Itasca 1: Some creative refereeing on the part of the Vinasolan officials awarded two penalty shots in the last three minutes to the Dolphin Riders, but Itasca's stalwart Koort van Eduardus turned away both and preserved Itasca’s invitation to Round 2 on a 4-2 aggregate score.

4 Eahnstaff v. Zwischellund 2: Eahnstaff made it on to the next round by the slimmest of margins, 7-6. After the game, Zwischellund fans lamented that Meenesanne management had decided not to place 19-year old Zimrothian netminder Gareth Velnath on their team in order to season him for the first division. “No offense to our goaltender,” said one brandy-soaked fan. “But that boy might have made a difference for us.”

6 Ereblad  v. Noj-Sporting-West (Dafna) 7: Holtzlund recruit Dujter Gelterkint again potted four markers as N-S-W moved on to the next round. The Winter Kings’ coach and owner Christoff Klijn said Gelterkint, who is 20, is “first-division ready now.”

5 Hijst v. Rubujnsteen Mijnsoort #8 0: The Ruby Miners almost did not make this game because of a lockdown at the prison camp—six players on the team are inmates at the Ruby facility—but in the end they arrived in Hijst a mere 45 minutes before puck drop and played like they did not exactly know where they were. Hijst’s 40-year old coach and centerman Joost Wilbaanks assisted on 4 of the Hijsters’ goals. The team now moves on to the next round for the first time in 17 years.

4 Schmendefergild v. Kanaal 13: Kanaal eliminated the Railroadmen with a tectonic display of offense. Kanaal coach and general manager Laurens Joorgens defended the large number of goals the team put up by averring that “We took what was given, no more, no less. And if we get that far, goal differential will be a factor.” Goal differential will be the determiner in the round of 6 to see which 2 teams will have a bye into the semi-finals.

1 Retter v. Skujklub Jorkë 1: The Coast Guard cadets played a conservative game and managed to keep the Snow Kestrels banging against a brick wall for most of the game. Jorkë threw 47 shots on Retter’s goal, but only 26 of them got through. Retter is on to Round 2 for the first time in 9 years.

4 Eschmass v. Groot Maalstaff 4: The first shootout of the competition featured a final, dramatic goal by 17-year old Bernt Sneecklachen, a defenseman who likes to forecheck. After the game, Sneecklachen signed a deal with Lojren that pays Eschmass a 15,000 schilling premium, a goodly sum for such a young player. Eschmass moves on at the expense of a feisty Groot Maalstaff club.

8 Gull-Overboom v. Veenknechtgild 1: The Peatcutters’ Guild succeeded in holding exuberant Gull-Overboom to single digits on their side of the ledger, but little else went well for them in this game, as the Seagulls paraded into the next round to the chant of “Here comes the Overboom.” Nils Nujenhuus had four goals to go along with the 2 he scored in the first game.

3 Wootenmaas v. St. Grundel-Mittelmascht 0: Wootenmaas righted the ship in their second leg of the round as the Swampers’ offense went silent and the Apple Pickers won on aggregate scoring 4-3. Still, it was a good tournament for St. Grundel, which hadn’t won an open round game in seven years.

6 King-Frujdrick-Nojkapeel v. Fratres (Vinasolan ex-pats) 0: The Fratres adopted a defense-first strategy in this game, which coach and Vinasolan Assistant General Consul Tiberius Tertius said was due to the team’s desire to “lose with honor and dignity.” The Militia of King-Frujdrick spent most of the game in the Fratres end and peppered them with 51 shots, 38 of which got through. K-F-N is through to the next phase with a 15-2 aggregate score.

2 St.-Nicholaas-Meechenstaff v. Patineur Alma 1: Another disciplined game from the Christmas Saints ushered them into the next round. Patineur Alma goes home bitterly disappointed after finding their way to the round of 16 (Round 4 Proper) in the Cup of 335.

An overview of the matchups, who's an underdog and who's an upset candidate, will be published in a future post.