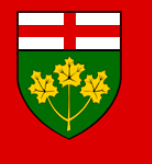 Upsets in the making! A couple of teams will have work to do coming back home for the second leg of Round 3 of the Flowering Branch Cup!

Image: The team shield of St. Nicholaas-Meechenstaff (extra points for figuring out what place it's "really" the shield of)

6 St.-Nicholaas-Meechenstaff v. Oststaff 5: This was much more of an offensive game than anyone anticipated, with the Christmas Saints holding on after scoring an empty-net goal with 1:51 left and making it 6-4, and then enduring as Oststaff came a goal closer at :24. S-N-M’s coach Dujter Woolbeender vowed to shore up the defense for the away game. “We must do everything we can to help Destiny take its rightful course! Pray for us, St. Nicholaas!”

2 Ellafuus  v. Matexipar 1: The Coast Boys got the best of the Iron Sticks, as Matexipar elected to rest goaltender Jaan “the Brick” Brichterglad and put Nicholaas Untergrujn in front of the cage. Untergrujn stopped 25 of 27 shots, but the decider came with only 1:11 left in the third on a tip-in from 34-year old winger Daar Schwinn. Matexipar will need to win their second leg by more than a goal to get into the round of 16.

3 Alma v. Onatten 3: The Mountain Climbers fought the Longshoremen to a standstill as both teams played conservatively in the third period as if to preserve the tie. Alma’s coach Pujtr Groosmann was satisfied with the result. “We can duplicate this at their place,” he said, “and if we do, I like our chances in the shootout."

3 St. Borsch v. Rjaward 7: The Saints managed 3 away goals versus the Cattle Drivers, but Rjaward’s offense was productive throughout the game, getting 3, 2, and 2 goals in the first, second, and third periods respectively. Jens Klijnehoop had two goals and two assists for Rjaward’s potent first line.

0 Hijst v. Tarlunz 3: The Hijsters were well satisfied with what they considered an excellent result against top league Tarlunz. “Holding a great time to 3 goals on our own ice is more than what we were hoping for,” said coach Wim Wuppertaal afterwards. “Now we go to the big city and it’s anyone’s series.” Hijst will have to come up with more than the 11 shots on goal they got in this game as they played very conservatively. Hijst goaltender Tomas Beeckel was peppered with 47 shots, turning back 44. Tarlunz got a goal from Habel Baarda, but shuffled lines and let their third line take the lion’s share of the shifts. 1,401 partisans packed Hijst's tiny rinkside, a record.

2 Bijfhaf v. Sajbell 3: The Sea Gods racked up a solid win against their Loflinder second-division opponents. Ahead 3-0 after two periods on goals by Franck Hoockertop, Bram te Hammer, and Christoff Weelsbrod, Sajbell sagged a bit, giving up 2 goals in the first 8 minutes of the third, one to center Branger Itna and the other to left wing Crimpna Dak. But Sajbell’s goaltender Sybrandy Spillers stood tall as Bijfhaf declined to pull goalie Rokus Osthav’n in the last minutes. “They have three away goals already and we didn’t want to give them a fourth,” said Bijfhaf’s coach Shudwen Tepik.

5 Meechen v. Bjaward 3: Meechen added a late empty-net goal for the difference in this one as the Bulls were not quite up to Meechen’s relentless offensive drive. The Bulls also gave up two power-play goals, an unusual thing for them. First star of the game went to Meechen’s Vinasolan first line right wing, Vergilius Vergallus, who chipped in 2 goals.