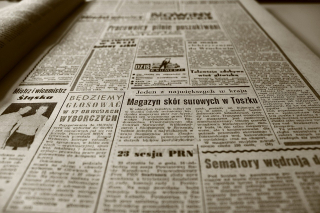 Image by Krzysztof Pluta from Pixabay

Meenesanne, Borschland, Nachtober 19 - Allegations came this week from a statement of the Zimrothian Association of Ice Hockey Clubs (ZDRT) that the young goaltender Gareth Velnath was harassed and vilified during his brief time with Meenesanne and as a result will not be returning to Borschland.

“We are not a rich club,” said Meenesanne general partner and president Mattheus Drachtenfeel in a press conference just before the game versus. “We are not like Te Staff, investing thousands upon thousands on unproven players. When we make a payment of such a sum, we expect there to be value in the exchange. The value advertised by the Zimrothian (Nurnar) was not achieved, to say the very least.”

The language in the transfer contract states that if the player so transferred is unable to meet the requirements of the team, the entire payment shall be refunded. But it is vague in the enumeration of those terms beyond the traditional interpretation of failing a physical.

“Velnath reported to Meenesanne in good faith and played as many games as he could under enormous hostility and undue pressure,” said Nurnar in a telegram. “As far as we are concerned, he has discharged his duty and more. He will be playing for the Royal Lancers second team and you will see him soon in an international tournament. He is that good.”

The “second team” mention from Nurnar inflamed Meenesanne partisans the more. “If he is so good,” said trustee Brock Gunderthaal, “why isn’t he playing with the Royal Lancers' first side?”

Players on the Meenesanne side expressed surprise at the allegations of hostility and pressure. “We were behind the kid all the way,” said captain Henrick Ujsner. “We knew it was going to be rocky for him at the start, being so young and all. But we thought he’d weather it.”

Despite Nurnar’s statement, Meenesanne have not closed the books on this situation and are considering legal action, though it is unclear how much influence Borschic law can have on Zimrothian citizens.

"We would like to avoid an international incident," commented Drachteenfeel.

Meenesanne has been limping along with one goalie, Erick Ritsche, who most recently gave up 6 goals at resurgent Tarlunz. Meenesanne hesitated to purchase the contract of Zwischellund netminder Toor Heelbeerg, as Zwischellund was playing Eahnstaff for a chance to go to the second round of the Flowering Branch Cup, but as now the Midlanders have been eliminated, Heelbeerg figures to see time on the first team.