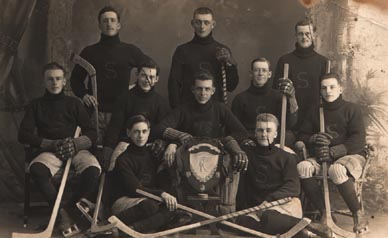 Borschland is participating in the XXIV NationStates.net World Cup of Hockey...

The good news is that Borschland tallied four goals in its inaugural World Cup of Hockey game, a respectable number.

The bad? Our opponents scored six, the last being an empty-netter.

And although the fortress that is Heiko Moordfors was touched for five of the goals, Borschland should be proud of this effort, that with less than a minute to go in the last period, we were within a tally of the champions of the world.

I expect that newspapers all over Borschland and the Continent have been tempering expectations for this game, proud as we are of our hockey. But we should hold our heads high, and ready ourselves for the next game versus Semarland, for our effort never flagged. The men of Gyatso-Kai were stalwart when they needed to be, playing a game at times of almost praeternatural precision. At other times, they seemed to lose focus, knowing that this is the first in a long set of matches.

It might have been easy for the Flying Bison to ease up on the throttle after going up 3-0 in the first period on goals by Ishii, the veteran Tao, and Skirata. The Swans of Borschland were in their first match in this ultra-modern nation. They might in turn be forgiven for being blinded by the bright lights and deafening recorded music of the Sundari Times Forum. Or by the roar of 20,000 fans chanting their motto, "Vode An!" ("Brothers All!") over and over again.

But Chrojstenkaamps and Lindemoor, inspirers of the first order, must have worked some magic, for at the end of the second period, here we were, tiny Borschland, trailing 3-2 and looking like going for more. The goals were not pretty. In general, the play was muddled, as neither team played consistently.

Our first came on a rebound; Tjard Meern found himself in front of the goal when a six-player scrum allowed him to stuff the puck under Avatarian netminder Hotaka Zhao's skate. A general uproar indicated the opponents thought Meern had kicked the puck into the net. A video recording of the play (amazing invention, though not in my opinion a better witness than a human being) indicated Meern's trusty twig had indeed put the plug home.

The second goal was Ganesmund's, a wrist shot from the right point, and a prettier arrow never pierced the hide of a Flying Bison. The last period was see-saw, hotly contested though again not uniformly elegant. After Ishida scored with Ishii's assitance to make it 4-2, here was Joris Sudmaas cherry-picking in front of the goal and deflecting a cannon shot from Reinhardt over Zhao's glove. Not the way we usually play hockey in Borschland, but the rink was confining to say the least.

The defender Hiteki scored on a power play for Gyatso-Kai to put the home team up two goals with four minutes to play. And then Habel Baarda was tripped on a breakaway and awarded a penalty shot, which he converted with a typical Borschic feint and backhand flip.

5-4 with three minutes to go, then two, then one, then Moordfors was taken out when we won a faceoff in their zone. That is when Ito, their most skilled defender in my opinion, simply took matters into his own hands. When Ishii won the faceoff, Ito received the puck, sidestepped two Borschlanders and launched it spindling down-ice. It hit the post and went in.

In every way a game of ice hockey about which each team can be proud, and yet unsatisfied. The young goalie of Gyatso-Kai, Zhao, was never unsure, but perhaps a bit distracted. Yet he was brilliant at times and outplayed our Moordfors.

Reinhardt, for his part, got only one assist on his deflected his shot. Afterwards, he said that the arena and the ambience reminded him of what had been his dream, to play in the North American NHL. "I'm priviliged to play on this team and in a country that loves its hockey so much," he said.

We will go back to Borschland with a loss, but perhaps with a bit of respect on the world stage. The next game will be at our hallowed Te Rujnk in Staff Borsch, against Semarland. You may be sure the nation will all be there.

So it wasn't a normal road trip.

I mean, I'm not even used to plane rides, and I'm American. Back in Minnesota, the only plane I ever took was one to St. Louis to visit my aunt Trudy and uncle Carl, and that was after Dad passed.

But the guys? That was another kettle of fish, as Dad used to say. Most or all had been on airships in their lives, but those things stayed close to the ground. An airplane was science fiction to them.

When the roster came out for Game 1, and the destination, this super-nation called Gyatso-Kai that was like a conglomeration of China and Japan and the kitchen sink, Chrujstoff Anselm and Hauke Sybrandy and the rest of the selectees from the Te Staff team plus Habel Baarda from Tarlunz got together at a very low-key bar to basically write our last wills and testaments.

"An airplane is not much different from an airship, yes?" Baarda said. He was a family man, five kids. A lock for the Hall of Fame.

"You have to like honey," I said. Bear Air was the carrier, and when I came to Borschland the furry flight crew gave me the full Winnie-the-Pooh routine.

Chrujstoff knocked back a Celtlands whiskey and wiped his sleeve. "Anyway," he said, "if there is a phase shift and we are stuck in Not-Borschland, I hear they have a big hockey league. We could all get a job, maybe."

"There isn't going to be a phase shift," I said. "That's why we entered the Cup."

"You never know," said Oovie, Uwe Sipken. Normally he did nothing but clown people. Pranks, stunts, April Fool's Jokes, that was Uwe's specialty, besides putting the puck on your stick like a gift from God.

But now Oovie was staring down an airplane ride.

"We will not get a job playing hockey in their league," said Rogijr Kelmenstremmer, one of the best defensemen I've ever seen. You couldn't shoot past him. Nothing got to the goalie if he was between goal and the shooter. "We might be able to carry their pisspots."

Baarda glared at Kelmenstremmer and said, "You have to wonder why we are going, if we are such a bad team."

"Oh, it's political," Hauke Sybrandy said. Professorial type, and a deadly finisher. "You don't think this is the Expansiveists showing Borschland how much better it is to be open to the world? You know they control the government. It's just a matter of time before we are exporting our peat to every land you can shift to, and we'll have none for ourselves, but the Expansiveists will be rich and living in Australia."

"That's bunk," said Oovie, and that was the end of the conspiracy theories-- for the moment.

The day we left, the scene at the airship base was utter chaos. Lots of women crying, lots of men crying, lots of kids crying. Very traumatic. Rachael, my wife, was pregnant with our first, and she nearly had the baby right then and there.

No one said anything on the airship ride, and the takeoff from Waterbrownbear in the airplane involved lots of white knuckles. But once the plane was at cruising altitude and we got our first Foster's under our belts-- the bears laid in a supply, they love to host parties-- we had a team meeting.

There was a lot of gallows humor to start. Then Tjard Meern stood up. Besides Sikke Pfelward, he was the oldest guy on the team, the best and biggest defenseman, and maybe the best passer on the team. Meern is one of those mutton-chop types who never backs down and never says anything, just gives you that look.

This time, he talked.

"Reinhardt, you're captain and you deserve it, I'll not argue that," he said. "And you know a bit more about the outside world than we do. So we want to learn from you, Sherm, and good luck to us."

A little quiet laughter, but then dead silence.

"A lot of things have changed since you got here. This is the next. We have to get used to it. We're not just Borschland by ourselves anymore.

"But boys, hockey is hockey. We know how to play. All of us. That's why we were chosen.

"So no matter what happens, whether it's bears or unicorns or magic or any other nonsense that can happen in God's good world, there is no way we are going to do anything on the ice but tear the other team's hearts out.

"When we step off the ice at the end of the third, win or lose, we need to leave them wondering if life is worth living anymore.

"Then we can go out and buy them a drink and say, allesgeet ergut, my friend. All's well. Drink up. You just played Borschland."

No one said anything more. The meeting was over. And no one said anything for the rest of the plane ride, until we touched down in Gyatso-Kai, and the guys picked up their equipment bags, and after that it was nothing but hockey talk.

Because we were on the job. 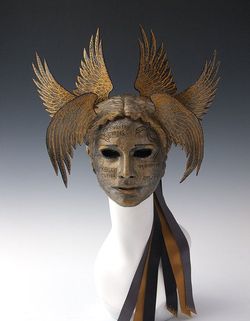 I have never published a novel for a young readership, but I have for a long time had in mind a book that fuses my fascination with the Latin language and my love of fantasy novels.

The result of my work I'm calling Roman Magic at the moment. The title may change as we near publication time, September or October 2014.

The book is aimed at young YA readers, 10-13 years old, the same as the middle school students I teach every day.

Roman Magic tells the story of Lucius Junius Brutus, 14-year old apprentice spellcaster who becomes the guardian of the ancient lore of Numa Pompilius, and uses it to battle rival mages such as the seers of Etruria, who use bronze mirrors to reflect spells back on their opponents.

The lore of Numa gains its power from the Thirty Five, the basic "words of power" that, combined with the charged "grammarstones" from a quarry near Rome with a portal to other worlds, allow the spellcaster to do nearly anything-- which is both an opportunity and a problem. Lucius' greatest opponent may be his own desire for power.

Just as exciting, I am with the help of author and tech expert Richard Abbott developing an interactive spellcasting game that will be available online and on mobile phones, hopefully this summer.

Students of Latin should find this game familiar, as it is based on Latin grammar. It is not a grammar drill, however, but a look into the mysterious roots of Latin.

If you would like to sign up for an email newsletter with news about the book and opportunities to play the beta version of the game, read the book before it's published, and participate in the final stages of shaping and polishing, send an email to teenage underscore heroes at sign yahoo dot com, or sign up via the sidebar to your right.