The Flowering Branch Cup to kick off soon 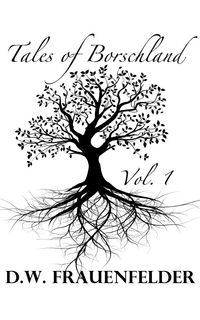 The Flowering Branch is the national symbol of Borschland. It is considered by some to be a branch from the Biblical Tree of Life; legend has it that it blooms every three hundred years during a long phase shift. At this time, the saints of Borschland will return to save the nation from calamity. The Branch is currently on display in Staff Borsch at the All Saints Rotunda of the Borschicherrijksmuseen (National Museum).

The next several posts will feature descriptions of the teams participating in this year's RKtB (Cup). Readers are encouraged to choose a team to follow in the Cup; results of the Cup games will be announced in future blog posts.

First: the 8 teams of the Open Division (semi-pro/amateur), Western Conference:

Noj-Sporting-West: This team operates out of the ski center in the extreme southwestern portion of Borschland at the foot of the slopes of Mount Borschika, a peak of 9,337 feet. Spectators of this team, dubbed the Mountain Goats, are treated to a breathtaking view of the Borschika range. Noj-Sporting-West seldom finds its way out of the first (play-in) round.

Skujklub Erichels: The mountain city of Erichels with its lovely, rushing River Fluum hosts a first-division team known as Holtzlund. Skujklub Erichels has its rink in the southern suburbs of Erichels where there is ready access to winter sports on the slopes of the Southern Range that separates Borschland from Celtlands. Skujklub Erichels is well-funded for an Open Division club and has made it to the third round in its history.

Groot Maalstaff: Groot Maalstaff is the largest town in the Borschland River valley between the city of Erichels and Meechen. The town is a center of dairy and its team is called the Cheese Champions. Occasionally Groot Maalstaff makes its way into the second round of the tournament.

Retter: Retter is a student team from the Coast Guard Academy in Onathav'n, at the mouth of the fjord that leads to the city of Onatten. Retter (Savior) is regularly a favorite to move on to the second and third rounds; they are normally the best team. Their rival is second division Oststaff, the Borschland Naval Academy.

Brouwergild: This team is sponsored by the National Brewers and Ciderers Union of Borschland. Its rink is located in the city of Sichebach. No team has more enthusiastic supporters and occasionally the union puts in enough money for a team that can get to the third round of the tournament.

St-Pujtr-Altstaff: This beautiful old town to the south and west of the resort city of Sajbell is one of the oldest in Borschland. It was in the old days a center of Loflin (indigenous peoples) habitation and has some of the most venerable architecture that the nation has to offer. Once a provincial capital of Borschland, it is now a tourist mecca, and its team is mostly ornamental, never having made it out of the first round in their history.

Verbrodering-Hammerspujl: This team is located in the most extreme southwest corner of the nation, set as it is in the ruby mining provincial outpost of Hammerspujl. The rough and ready miners of Hammerspujl try their best to make it out of the first round, but they are limited by the unwillingness of better players to make the trek out to this trackless wilderness.

Genk (pronounced Gunk): Genk is a small town on the northern slope of the Borschika range, a place of livestock and lumber. Winter sports are favored in Genk, especially for those who eschew the crowded slopes of Erichels, Dafna, and the Fluum River valley.