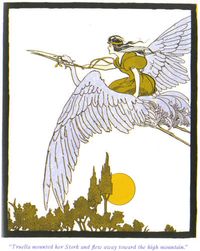 A discussion about my novel, Skater in a Strange Land, which can be categorized as "steampunk lite"?

No, an exchange with me and stepson, who is apparently a big genre purist, concerning the movie "Oz the Great and Powerful."

We hadn't seen the movie yet, but from the trailer it was clear that the time period (late nineteenth or early twentieth century) and period technology the movie did qualify as steampunk-y if nothing else.

But once I saw it, genre considerations took second place. Was it a good story?

I don't think so, and technology, I think, doesn't help.

"Oz the Great and Powerful" has a prominent 3D element. I am not a big fan of 3D. I saw "Up" in 3D, and it made my head hurt and added exactly nothing to the story. I would argue, in fact, that 3D takes away from the story by distracting you from the progress of the action.

Storytelling is about action, not effect.

Now I saw "Oz" in 2D by preference, so that I could concentrate on the story. It was still a spectacular feat of technology, but it felt like a feast that wasn't warranted, like having Easter dinner on Maundy Thursday.

Again, did the appearance of the movie contribute to the storytelling?

"Oz the Great and Powerful" concerns the "man behind the curtain" from the 1939 classic movie, "The Wizard of Oz." It asks the question, how did the wizard get to be who he was?

The movie starts with a black-and-white sequence in Kansas, like in "The Wizard of Oz." It also has a tornado that whisks you away to the fantasy world. And, as in the other movie, the whole screen is filled with brilliant color and effects after the fantasy world is entered.

What is that made this cinematic strategy so fun and story-appropriate in the original? Dorothy, the girl from Kansas, knows nothing but a very bland, boring, and yet menacing world. When she enters Oz, we feel her awe. She has truly come somewhere else and other.

James Franco, who plays the main character, Oscar Diggs ("Oz"), is a womanizing con man and sleight-of-hand magician. He himself is master of many special effects in the grayish Kansas he inhabits. When he enters the kingdom of Oz, his reaction is bemusement, but not wonder. He is too cynical to be amazed by the new world. And he cynically manipulates the first person he meets in Oz, the naive witch Theodora (Mila Kunis), who resembles very much the naive woman he manipulates while in Kansas.

As the story progresses, the audience is asked to believe that Oz, this charlatan, is going somehow to save the world that coincidentally has the same name as he. In fact, we are asked to believe that three powerful and intelligent witches (Kunis ends up being quite formidable) somehow need this man to unite the kingdom. The more power they show (and the more the technology shows them using it), the less we believe that Oz is the man for the job of CEO.

Talk about a glass ceiling.

One part of the movie does ring true for me. When Oz and his sidekick, talking monkey Finley (Zach Braff), enter "China Town," a village made up of porcelain houses and porcelain people, he uses common glue to heal the broken legs of the best character in the movie, the China Girl (Joey King). Her reaction of wonder to technology we take for granted is magical. And the special effect of her walking after being healed is affecting. That was worthy of an ooh and an ahh.

L. Frank Baum wrote a whole slew of beloved Oz books, with a bunch of strange technology (including visions of robots, television, and laptop computers), and in a world full of wonder.

This movie really made me want to go back and read those books, and use my imagination to create the special effects.

(Link below contains a review with a bunch more plot details, if you need them.)